This truck served in transporting material for Civil Defence in Vcitoria, B.C. The Canadian Ciciel Defence organization began circa 1948 to assist federal,provincial and municiopal authorities in planning for public air-raid shelters, emergency food and medical supplies, and the evacuation of likely target areas during the Cold War era. Beginning circa 1968, the Canadian Civil Defence organization evolved into Emergency Measures Organization, an agency that coordinated with federal, provincial, municipal and other agencies in providing major disaster recovery assistance to the public. 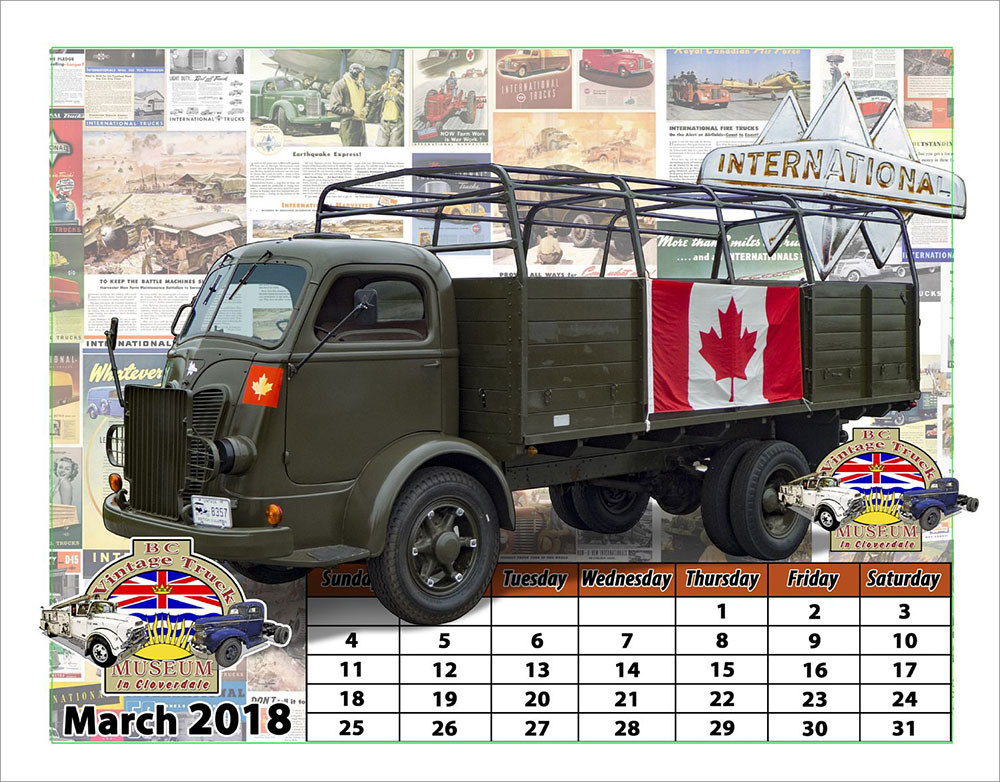 Vans like this one carried general freight in all weather.

The Bryce System operation purchased the INTERNATIONAL D-40 in 1937 to haul on its Seattle-to-Vancouver run. Bob King acquired the tractor when he purchased the Bryce System’s Sea-Van Motor Freight in 1946.  The 6 cylinder, 100 horsepower tractor was put into storage in 1948.

The INTERNATIONAL was converted to a wrecker in 1975-1976 by provincial Museum staff but later restored to its original configuration.  The tractor is currently displayed in the Vanderspek Transportation livery as restored by Lions Gate Painting.

Previously it was displayed as a Lee’s Transport truck, a well known British Columbian Interior firm, that carried general freight from Vancouver to Prince George through the often treacherous Fraser Canyon.  Because of the narrow roads, sharp curves and the wooden bridges, vehicles using this route were limited to a length of thirty feet and a gross vehicle weight (GVW) of 30,000 lbs.